The study aims to prospectively evaluate multiyear, multicenter real-world clinical data from 75,147 patient encounters that were monitored by the InSight machine learning algorithm for sepsis prediction at facilities ranging from community hospitals to large academic centers

Fremont, CA: Machine learning diagnostic algorithm firm Dascena announced the publication of its prospective study evaluating its algorithm for the prediction of severe sepsis. The study, "Effect of a Sepsis Prediction Algorithm on Patient Mortality, Length of Stay, and Readmission: a Prospective Multicenter Clinical Outcomes Evaluation of Real-world Patient Data from 9 U.S. Hospitals," has been published in the peer-reviewed journal BMJ Health & Care Informatics.

“Sepsis is notoriously difficult to diagnose and treat, resulting in significant mortality and a high cost of treatment,” said Ritankar Das, chief executive officer of Dascena. “Our algorithm helps clinicians identify sepsis at an earlier stage, thereby allowing for earlier intervention to improve patient outcomes, and in turn, reduces the costs associated with treatment.” 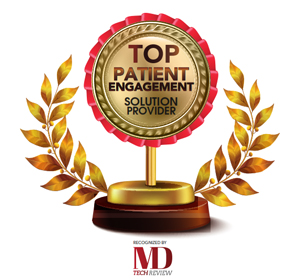 The study aims to prospectively evaluate multiyear, multicenter real-world clinical data from 75,147 patient encounters that were monitored by the InSight® machine learning algorithm for sepsis prediction at facilities ranging from community hospitals to large academic centers. The data were collected from hospitalized patients, including patients in intensive care units (ICUs) and emergency department visits. The data were evaluated to determine the algorithm's effect on outcomes, including in-hospital mortality, hospital length of stay, and 30-day readmission.

“We partnered with Dascena, starting in 2017, to bring the latest technology in the fight against sepsis to our hospital. We have found that the machine learning algorithm can pick up subtle factors in the patient that may not be obvious until much later in the illness," said Hoyt J. Burdick, M.D., senior vice president, and chief medical officer of Cabell Huntington Hospital and lead author on the study. "We are excited to report data today from one of the largest studies of its kind, of improvements in both increased patient survival and reduced healthcare costs."

The study, conducted on both ICU and non-ICU patients, confirms the significant mortality benefit observed in a previous intensive care unit study. During the InSight® algorithm operation, patient data was captured from the hospitals' electronic health records in real-time, and hospital staff were informed when a patient was determined to be at high risk for sepsis.

4 Uses of 3D Printing in Healthcare

Relevance of Telehealth in a COVID-19 Stricken Era

Telehealth to the Rescue in a Post-COVID World

AI: Broadening the Prospects of Radiology

The Rise of Virtual Healthcare amidst COVID-19